“Producers are highly self-motivated individuals, who have the final responsibility for all aspects of a film’s production. It is mentioned the Producer monitors the film from birth to completion and beyond, starting long before the film-making process and continuing to talk about and sell the picture long after everyone else has gone on to other projects.”

What is the job?

Their primary responsibility is to foster an environment in which the creative talents of the cast and crew can flourish – Producers are therefore ultimately accountable for the success of the finished film.

Pre-production – Producers typically select and bring together the key members of the creative team, including the Director, Cinematographer & Production Designer and potential key cast members. They assist the Executive Producers to raise finance for the production and, once the initial finance is in place, they select other key production office personnel as well as the essential Heads of Departments. Producers also approve locations, studio hire, the final shooting script, production schedule and budget. More time and money spent in pre-production can reduce time and money wasting in production.

Please look for us soon www.mickiraproductions.com” in the near future. This is definitely us and an ideal goal for any producer with a great team.

Film affects many lives in different ways. The film industry can control as much of its success because people try to relate to the storyline and see themselves in the storyline or a specific characters. Audience often choose a movie because they want it to make them feel a certain way. Since we as people are easily persuaded by media, we’re safe to explore many situations that might be impossible or in some cases too overwhelming to face in the real world. Is  this how Reality shows became so popular? Are people escaping their own reality through film or looking for help in their own situations?

“In some cases therapist are using movies as a therapeutic tool to help their clients to express their feelings.” I find this statement interesting as I an employee at Mickira Productions is studying Sociology now in school. Some say they are finding that it is beneficial for some individuals that struggle with the ability to communicate their emotions and concerns. This technique is called Cinema Therapy or Movie Therapy. Many should know its a tool for help but not an answer to the patients issues.

I am sure many of us find it interesting how familiar some of these scripts and characters are to our own family. How often have you said “I could write a movie about our family?” Where do you think movies originate from?Hmm…p

What are some of your favorite family movies? 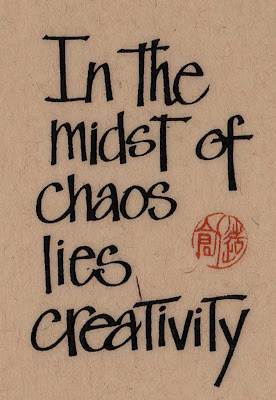 “are old movies more creative than new ones?”

A film’s director is involved in every stage of its project. If you decide to be a film director, it requires the ability to visualize the way a script will be acted out and must have patience and self discipline to see a long-term project through to the end.
A director works with the producer and the screenwriters to determine the best way to visually present the project. A director should have good recommendations of cinematographers and set designers that will best be good for the project. Some like to take full control of the film’s visual. Some may allow for the cinematographers to have free range.
The director works with the actors on interpreting their role. He/She will explain what they are looking for in a specific character. The director also decides when a scene has been filmed enough times and of course calls all the (literal) shots behind the camera.
In post-production stage, a director usually helps the editor put together the best movie possible from the footage and camera angles .He or she also sits with the film’s music director to work out what music will be played in the background and to help explain the themes that should be suggested by the musical score.
You do not need a degree to be a director. But it may help to learn some technical techniques that many other directors have learn throughout time. I suggest volunteering any free time you have to other projects. Not only will you get experience but gain great networking when it is time to put together your film. Film schools allow you for you to work on your project with other students without depending on finding someone on the outside if you do not have your own film industry connections.

Here at Mickira Productions we have workers with degrees and not. We believe in creativity to tell a good story. We have all put in a great deal of volunteer and paid work.

Please let us know some of your favorite film directors.

Can filmmakers help with bullying? Will kids really understand that bullying is wrong? What would a filmmaker need to draw these kids to watch the film. Many kids are bullied today. Once they identify with a character , do you think they will take on that characters way of handling a situation? Or would they think it’s just another film what does the director really know? Here is an interesting article. It’s about a filmmaker who wrote a script with his own experiences.

Do you believe that FB and Tweets are read so TV shows can stay in the know what audiences like? Read and see how it is done.